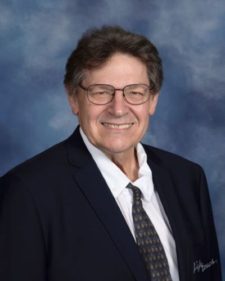 Pastor Paul was raised on a dairy farm as one of eight children, graduating from Eastwood in Correctionville/Cushing in Iowa. On June 23, 1979 he married Sandy and continued dairy farming with his youngest brother.  While serving as UMYF sponsors in Cushing, he received his call to ministry.

He then attended Westmar College in Le Mars, Iowa in preparation for ministry. While attending Westmar, he served the Seney UMC as a student-pastor. After graduating from Westmar he then attended Iliff School of Theology in Denver, Colorado. While attending Iliff he also served two small rural churches in Northeast Colorado.   He graduated in 1994 and was ordained as an elder in the church by Bishop Jordan in 1996 and has served nine churches since.

Since returning to Iowa (God's Country) he has served in Bedford, Kingsley, Ogden and Garner.

He has served on various district and conference committees such the District Committee on Ordained Ministry as chairman and as the trainer for the Conference Disaster Response Committee as well as other committees.

Pastor Paul and his wife, Sandy, have one son, Luke.

Kari lives in Independence with her husband, Brad, and their two children, Claire and Logan. She earned her Bachelor or Arts degree in 2005 from the University of Wisconsin, LaCrosse.  Kari previously worked at the Jesup and Independence libraries. In her spare time, Kari likes to read, go to libraries, knit, and run.  Kari has worked at FUMC since December 2018. 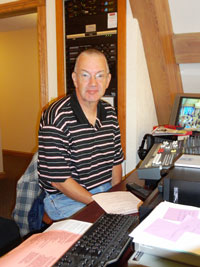 Tim is our sound technician here at church. He is married to Pam and father to Melissa and Tara. Tim is also in charge of our radio program which is aired every Sunday at eleven a.m. on KQMG 953. 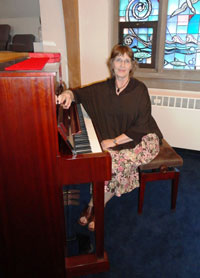 Mary has served as church organist/pianist at First United Methodist Church since 1999. She earned degrees in music and biology from Wartburg College, and has enjoyed teaching piano for many years. She and her husband Leo reside in Independence, and together claim six adult children and one dog. Her ministry is centered on acclaiming His Saving Love through music. 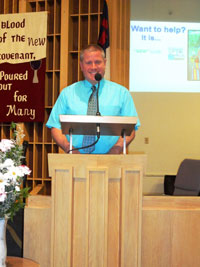 I have been the Director of Music Ministries here at First United since February 1999. I am the director of the Chancel Choir, Good News Singers, Bell Choir, and a member of the Men's Quartet and Blessed Promise Band. I am also the Director of Children's Choirs at East Buchanan Elementary in Winthrop. I currently teach grades PreK-5 grades at East Buchanan and have been the elementary music teacher there since 1996. I received my Associate of Arts Degree in Business management at Kirkwood College in Cedar Rapids in 1992, a Bachelor of Music Education Degree from the University of Northern Iowa in 1995 and my Masters in Education Degree from Viterbo University in La Crosse, WI. in 2007. 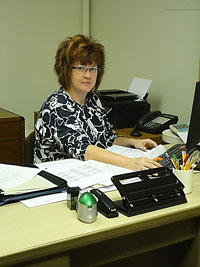 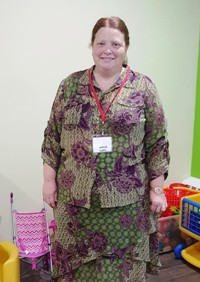